What is Adrenal Fatigue and How Can I Treat It?

If you’ve been feeling tired all the time, struggling to get out of bed in the morning, or just generally feeling run down, you might be suffering from adrenal fatigue. Adrenal fatigue is a condition characterized by a number of symptoms, including fatigue, body aches, trouble sleeping, and difficulty concentrating.

While there is no cure for adrenal fatigue, there are a number of things you can do to manage the symptoms and feel better. In this article, we’ll explore what adrenal fatigue is, what causes it, and how it can be treated.

What is adrenal fatigue?

Adrenal fatigue is a condition characterized by a number of symptoms, including fatigue, body aches, trouble sleeping, and difficulty concentrating. Adrenal fatigue is thought to be caused by a problem with the adrenal glands, which are responsible for producing hormones like cortisol. While there is no cure for adrenal fatigue, there are a number of things you can do to manage the symptoms and feel better.

What are the symptoms of adrenal fatigue?

The following are the symptoms of adrenal fatigue:

There is no one single cause of adrenal fatigue. Instead, it is thought to be caused by a combination of factors, including stress, poor diet, and lack of sleep. Adrenal fatigue can also be triggered by a traumatic event, such as the death of a loved one or a divorce.

There are many physical problems that can lead to fatigue that can’t be explained. These include thyroid problems, diabetes, cancer, anemia, kidney or liver disease, infections, heart disease, and multiple sclerosis.

Is adrenal fatigue a real disease?

Cortisol is a hormone produced by the adrenals, which sit atop the kidneys. When we are stressed, we release and secrete brief bursts of cortisol into our circulation. According to the adrenal fatigue theory, long-term exposure to stress might drain the adrenals, resulting in a low cortisol condition.

Brain fog, lack of energy, depressive moods, impaired immunity, and blood sugar imbalances are some of the common symptoms associated with adrenal fatigue. To summarize, there is no standard definition or method for detecting and diagnosing adrenal exhaustion.

How can adrenal fatigue be treated?

There is no cure for adrenal fatigue, but there are a number of things you can do to manage the symptoms and feel better. These include:

Regardless of what we call it, there are millions of people suffering from similar symptoms, and a personalized plan that involves counseling, medications, supplements, lifestyle change, among others could work for many.

What to do now

The theory of adrenal fatigue might explain your very real symptoms perfectly. But before you buy expensive protocols over the Internet to treat something we’re not even sure exists, take a deep dive and rethink your lifestyle. It might not be as far away as you think to get better.

It’s quite difficult to be in the scene of unpredictability. Adrenal exhaustion symptoms are likely to have a variety of contributors. A solid patient-clinician relationship and frequent checkups are important elements for success. Alternative and complementary practitioners frequently have superior results since appointments tend to be longer and they view patients through a holistic perspective. 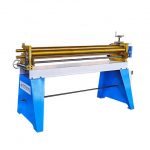 Previous Article Why roll grinding is critical to foil rolling 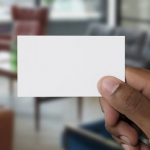 If you’re one of the millions of people suffering from eczema, you know how uncomfortable and frustrating the condition can be. The good news is … Read more

How To Put Up A Medical Laboratory Clinic | Advanced MD

Meta Description: Apply your medical knowledge and experience to good use by opening up your own laboratory clinic. Here are a few tips to get … Read more

What To Do If Someone You Know Is Using Heroin

Among all of the different drugs that people can get addicted to, heroin is one of the most dangerous. It’s a highly addictive substance that … Read more