Kanu Behl: Everything You Need To Know About

Kanu Behl is a well-known film director as well as screenwriter.

Behl was born in Kapurthala, Punjab, on June 13, 1980. He was born into an artist family in Kapurthala, Punjab. His parents, Lalit and Navnindra Behl, were both theater and television actors. Kapur Singh Ghumman, a dramatist and theater personality, is his mother’s first child. As a result, he was raised in a theater environment. His age is 42 years.

Kanu Behl enrolled in the ‘Satyajit Ray Film & Television Institute’ in 2003 to pursue a Postgraduate Diploma in Cinema. During his time at the Institute, he did attend the ‘Berlinale Talent Campus 2007’ and produced his film documentary ‘An Actor Prepares,’ about a struggling actor who decides after seven years to allow himself 15 days to get into the movie industry or return home. The documentary competed at ‘Cinéma du Réel 2007, a French documentary film festival.

He began making documentary movies for various organizations after completing the diploma course. He collaborated with Dibakar Banerjee on the Bollywood film Oye Lucky! Lucky Oye!, as an Assistant Director. As a result, he was given a role in co-writing the script for ‘Love Sex aur Dhokha’. He also contributed as a lyricist to both of these films. He worked on Titli, his 1st independent feature film.

Titli was nominated for a Caméra d’Or at the 2014 Cannes Film Festival, where it was the only ‘Indian feature film’ to be nominated, and was honored at numerous international film festivals. He is currently working on his next feature, ‘Agra’, as well as a series for a major platform.

Titli, his debut film, has won awards and accolades at a number of prestigious international movie festivals, including Rio de Janeiro, Melbourne, Zurich, BFI London and Filmfest Hamburg. Titli’s script was chosen by ‘NFDC’ for the Screenwriters’ Lab (2012), and it later won the ‘Post Production Award’ at Film Bazaar’s ‘Work-In-Progress Lab’.

Titli, directed and written by Behl and produced by Yash Raj Films & Dibakar Banerjee Productions, was chosen to participate in the ‘Un Certain Regard section’ of the ‘2014 Cannes Film Festival’, making it the only Indian Movie to do so.

Before relocating to Delhi in 1990, he spent his childhood in Patiala, Punjab. He finished his education at Apeejay School in Noida. Later, he earned his bachelor’s degree in business from Delhi University’s ‘Shaheed Sukhdev’ College of Business Studies. In 2003, he enrolled in the ‘Satyajit Ray Film & Television Institute’, where he earned a Postgraduate diploma in cinema. While still a student, his docudrama ‘An Actor Prepares’ was accepted into the Cinema du Reel 2007 competition.

He is the son of legendary theater and television personalities Lalit Behl & Navnindra Behl, both of whom made significant contributions to ‘Indian theater’ as stage directors, actors, and writers. His parents are also well-known for their television appearances. 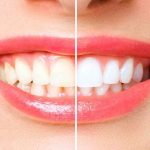 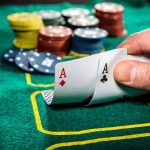 Next Article How To Play The New Rummy Game – Rummy