The infamous burger meme also know as Borgir meme, refers to a 17 year old singer named Abdu Rozik who likes a child due to a genetic disorder. There is a very popular video of him on the internet saying the word “Burger” as “Boorgir” in his funny accent. And then the proceeded to take a bite out of that “boorgir”. His video was posted first on instagram and then on tiktok. It went viral in just under the span of two months. The singer belongs to Tajakistan and is famous there. But soon due to this video and other videos he became world famous.

IMPACT AND SPREAD OF THE BURGER MEME

Who doesn’t like burgers? It’s one of the most popular food items in the world, and the way Abdu Rozik says burger and then eats it, became a part of the burger culture.

Thanks to that video, Abdu rozik has over 2.7 million followers on his instagram now! The video itself got over 1.1 million views in just a month. But this was nothing, on the same day this clip was posted on TikTok and it gained over 22.6 million views! The interesting part is he was not even doing this for views, it was just a normal clip. Soon a youtuber called Call me Sully made a meme and posted an edited version of the clipped which got over 1.9 million views. It was raining views. Another video of this was made with Hasbulla eating Pizza and it crossed 62K likes. People literally replaced the word Borgir with Burger for some time.

THE MOST HILARIOUS BURGER MEME

Police : what did you do?

WHY MEMES ARE GOOD FOR YOU?

Since 2020, a lot of people are having stress and having a hard time coping up with their mind. We all sometimes feel un-motivated, sad, tension and negative thoughts.

Memes are the best way any individual or group can share to ease the tension and soothe the pain. When a mutual event happens, even a big pandemic, people make memes about it and share it with their group or the world. They can relate to the situation and laugh together. Nothing can go wrong when one tries to spread joy, when one tries to spread memes. 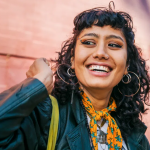 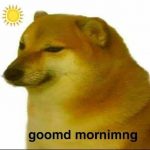 Ropa Aesthetic: Collection of Many Stories

Ropa Aesthetic does indeed contain a mix of many looks and feels. It does give a person reason to pick from many and love one … Read more

As mainly most of us know that what ‘manga’ is but I would like to tell you all in brief about Manga. So, Manga is … Read more

Kanye West is one the most popular personalities of the world. He is an American singer and rapper. He has been in the music industry … Read more

Neon lights, a lot of games, consoles, and music, are indeed some ways to describe Gamer Aesthetic. As the world has become very much different … Read more