The cheems meme is hands down of the most funniest memes because of the character involved. The character is a popular dog who is an Ironic Doge character, he even has a name and it’s Balltze. There are a variety of memes this character is involved in. There is one template where he just simply mispronounces names or spellings of random things. There is another famous one where he is compared to a more muscular and buffed version of himself, which is used to compare things which are great vs things which are not. These kind of memes became very famous on meme sites, especially on reddit. The year in which these memes were originated are 2019 & 2020.

SPREAD AND IMPACT OF THE MEME: Cheems

Thanks to the buffed doge vs normal doge template, so many people were able to bring their opinion forward toward different things by comparing them. Doge has become such a “must” character of the meme culture. People have printed the Doge character on tshirts, bags, caps and started to wear it a style symbol when the memes were trending. When this kind of meme was first posted on twitter it got more than 12K likes and 1.3K retweets. Similarly when this meme was first posted on reddit, it got more than 38K upvotes in the subreddit known as r/dankMemes. On Twitter, a user named “princetoxic” posted four memes  based on the same format and it got over a whooping 70K likes!

THE MOST HILARIOUS CHEEMS MEME

Cheems : The final boss as a playable character.

Cheems : 2020 Youtube will terminate your channel if you use a bad word

Cheems : Kids now – Mom I am allergic to bread

Cheems : My art when I draw with pen & paper.

Cheems : Priests now – I am afraid of bisexual people.

Cheems : teens now – where is my oh my god please help.

MEMES ARE NOT JUST IMAGES

Since corona, the mental state of many individuals has not been very good. But memes have always helped us. Memes aren’t just casual timepass anymore, they are a culture now. Memes actually helps in communicating to the people we care about. They are a gateway of happiness and joy. Memes have made it possible for us to smile in the baddest of times. 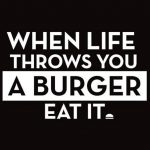 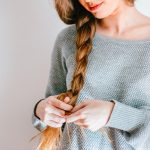 Japan Aesthetic is indeed different from many places as they have something different to offer from the rest of the world. Japan is a nation … Read more

Memes are always made for sarcasm and people love to create them, share them with their friends and spend quite some time on social media … Read more

Pastel Green Aesthetic does indeed talk about nature in a softer way. It does picture the magic of nature in a pleasing manner which is … Read more