As mainly most of us know that what ‘manga’ is but I would like to tell you all in brief about Manga. So, Manga is basically comic book and graphic novel that is originated and published in Japan. It has really become very famous from the past few years.  People from all around the world have shown a deep interest in reading the graphic novels and comic books. The manga term is usually refers to a comic and cartooning in Japan. It consists of different genres and people do read from their field of interested genres novels or book only. In Japan lot of anime are based on the manga only, but in other it is casually other ways around.

Mob Psycho 100 manga is one of the Japanese manga series written an illustrated by ONE.  It began its publication on the Shogakukan’s ura Sunday Website on 18th April 2012 and was ended on 22nd December 2017.  Mob psycho 100 also available on the Shogakukan’s mobile app since December 2014. Chinese version of manga also started in Taiwan on 16th April 2014. Shogakukan’s ura compiled its all the chapters into the sixteen tankobon. The anime television series of this mob psycho manga has been produced by Bones which is aired between July and September 2016.  Alive action series adaptation is also aired from January to the April 2018. A second season of the anime is also aired in January to April 2019.

As per the reports, Mob psycho 100 had over more that around 1.2 million copies in circulation as of July 2016. In year 2017, this manga has also won the 62nd shogakukan manga award in the shonen category.

Plot Of The Mob Psycho Manga

The Shigeo Kageyama is an average normal middle school boy, nicknamed as Mob for lacking the sese of presence. Although he also seems like an unobtrusive person, but he is in fact a very strong Esper. With a vas psychic abilities and power. As Mob is growing older, he realized that his psychic power is dangerous. To keep the losing control over his power, he constantly lives a life under and emotional chains. To achieve that how to control his power, Mob also worked as an assistant to a conman Reigen arataka, who is a self-proclaimed spirit medium. Mob also wants to live a normal life just like others around him, but a bombardment of trouble keeps coming after him. With his repressed emotions growing inside the mob little by little, his power is threatened to break through its limits as mob is eventually encounters other espers and overspill it bounds.

A Brief Summary Of The Mob Psycho

So, the eight-grader Shigeo Kageyama, nickname- Mob, has trapped into his own inner wellspring of the psychic power at a very young age. But his power quickly proves to be a liability when he comes to know that his power is very dangerous and strong in his skills. He chooses to suppress his power, now mob only uses his power to impress his longtime crush, whose bane is Tsubomi, who soon get bored of the same tricks of him. 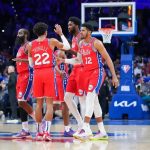 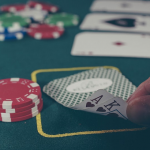 From being a goddess to just an animal, Cow Aesthetic has many stories to tell. This does indeed tell how this world does see Cow … Read more

Introduction Of Tired Memes Being tired is a form where a human being feels very exhausted. It is not necessary that one can be tired … Read more