The fear meme also fully known as “I fear no man” meme is an exploitable meme from a popular video game. The character Pyro from the game “team fortress 2” is in this meme. There is a cut scene in the game where Pyro is showed as shadowed, dark and heavy. In that scene, he says, “I fear no man, but that thing, it scares me.”

Between “that thing” and “scares me”, people can insert any photo, video or idea they want and make it a hilarious meme. The origin of this meme was YouTube.

THE IMPACT & SPREAD OF Fear Meme

This meme was a treat for the fans of the game. The gaming community had personal feelings attached to this template, because they saw it even before it became a meme. Team fortress 2 fans used this meme on the game’s reddit server, discord server and other several sites. As of November 2017, the video clip of this meme on youtube has more than 28 million views. But the earliest known meme of this clip was posted way back in 2011, that video has more than 113 thousand views. The clip was also posted in Memecentre and QuickMeme websites which got more than 20k likes in both these websites. Everyone liked PRYO even more after the memes, yes he wass the most terrifying character but he was now also the most wholesome character at the same time.

WHY ARE MEMES POWERFUL?

All of us love to see and share memes. One might think of memes as a vast source of entertainment today. But they have become more than that, they are a part of our lives now. Anything happens in the world, you will see a meme on the internet and relate to it. Memes help us to understand any concept or information a lot easily, because every meme has a different kind of feeling attached to it. It is also normal for an individual, a group of people or the whole world to be hit by a wave of sadness due to certain events. But memes have always helped us to cope up with our stress and anxiety. Even when a stressful situation is transformed into a meme, people become less stressed about it, they feel that they are not alone who is suffering and it becomes easier to deal with the problem. 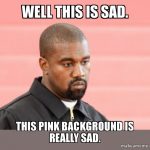 Cherry Aesthetic does indeed have many magical stories to tell. It is red, beautiful and creative, great to eat and use for different good reasons. … Read more

From being a goddess to just an animal, Cow Aesthetic has many stories to tell. This does indeed tell how this world does see Cow … Read more

Memes have been a big part of social media’s revolution as the popularity for funny, sarcastic jokes but as the time progresses the jokes have … Read more

Friends are indeed special as they do hate, love and care about themselves better than others. Legends say that nature lets humans make friends so … Read more